Tell Me Again Why the Cigar Rights of America Exists?

Two-hundred thirty-six years ago Thomas Jefferson scribbled away with a quill pen by lamplight late into the night.  He no less than channeled the inspired words of Nature’s God in a quest to establish a model of an honest and free society forged by rebellion from an oppressive government that denied its people, more accurately subjects, representation and rational freedoms.  These rebellious and articulate men breathed life into this magnificent experiment that we know as the United States of America.  A nation founded on the principles of self-evident truths, among which are life, liberty, and the pursuit of happiness as set forth in the “Declaration of Independence”.

I’d like to say that Jefferson couldn’t have imagined where we would find ourselves today, with a government touting robust statistics of WIC recipients as some metric of which we should be proud, occupying a place of financial subservience to another master, and really only viewed as a pillar of strength in the international community based more off of nostalgia and nuclear capability than the grit and steadfast integrity that first put us on the map and no shit saved the world in the 1940s. 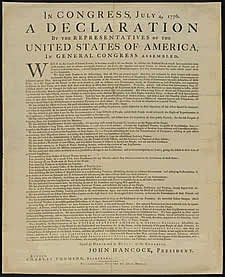 It took some eleven years to win our independence and thoughtfully craft the foundations of our nation’s government.  In 1787, at the close of the Constitutional Convention, one of the finest quotes to our modern plight was given us by no less a personage than Benjamin Franklin.  In response to a woman’s question of what form of government the convention had crafted, Franklin replied, “A Republic, if you can keep it”.  If you choose to take an honest look around, those words were hauntingly prophetic.

The Untied States of America was a rebellious colony that broke free of the bonds of the mother country because it knew deep in its soul that there was a better way.  From a radical experiment on a shore far from the homeland of England, that scrappy colony survived because John Rolfe discovered tobacco no less and by so doing made the colonial experiment economically viable.  It is little stretch of the imagination to say that without tobacco a society may still be here now, but most assuredly our nation and freedoms may look vastly different.

It is from this history that we came and precisely this pedigree of stalwart and forward thinking individuals that we owe the freedoms that we still retain to this day.  From such stock it would stand to reason that we should have no need for an organization such as the Cigar Rights of America.  An organization founded by the citizens to advocate for their position to continue to engage in a wholly legal activity and stave off the onslaught of oppressive and draconian legislation.  A tax-paying activity, mind you.  When the last time the government came calling for SCHIP, to raise taxes by an inconceivable percentage, the cigar industry rationally resisted, appealed to any shred of remaining reason, moderated the initial threats of the administration, and anteed up the tax penalty.  To this day a substantial portion of the cost of your cigar is due to a Federal tax.  This is before any state sales or tobacco taxes are also imposed.

CRA is a lobbying organization fueled by grassroots fundraising and citizen support spanning both sides of the aisle and from blue collar to white collar.  It may be one of the most diverse organizations forced to operate in the political theatre with an agenda that is so unbelievably mundane, to preserve the freedom to light up a cigar, as a tax-paying, voting adult, be it in a cigar shop, bar, or your own backyard.

The very existence of the CRA, thank God that we have it, is nothing short of absurd.  Turn on the news or surf over to one of the major network homepages.  Please tell me where in the litany of tragedy and atrocity that dominates the headlines me smoking a cigar, and selling cigars to you, should even remotely have a chance at hitting the radar.  I think that separatist rebels launching SAM rockets and murdering 300 souls aboard a commercial airliner traveling six miles in the air, or 50,000 children whose parents fear so much for their wellbeing that they would risk their lives to force their passage across our southern border, or the tens of millions of our citizens who have come to depend on a government benefits check, rightly or wrongly obtained, to sustain their welfare should all, not counting ten-thousand other societal, political, and economic shortcomings, garner the attention of our government before meddling in such a trivial and non-criminal activity as adults enjoying a cigar.

Of course the impetus for this verbose blog post is the impending public comment deadline for the FDA’s intention to regulate premium cigars.  Please, please visit CigarRights.org and educate yourself to the issue and then go leave your comment to make your voice heard and vote counted.  Beyond insisting on a more realistic definition of premium cigars and the complete rejection of a dollar figure attached to the definition of what a premium cigar is, tell the government to get out of your humidor, your cigar lounge, your backyard, but even tell them to get out of J.C. Newman’s factory in Tampa.  Preserve the jobs of the fine folks who make machine-made cigars.  Don’t exploit the working man who smokes a 50-cent cigar instead of a $15 Davidoff.  How classist and exploitative is that?  I want to keep my Padrons, my Olivas, my Rocky Patels, my Perdomos, my La Auroras, but I don’t want to achieve that end by diverting the government’s ire onto the lower tier.  I want the government to leave this issue alone.

Not only do I care very little for the fact that the FDA has a department and a budget allocation to study and regulate tobacco, but I find it negligent and an irresponsible fiduciary exploitation of our tax dollars, to witch-hunt this industry.  If you want the government to tell you cigars are good for you or bad for you, shame on you.  I’m of the personal opinion that cigars are a great thing for me and I will stand by that to my grave, be that 75 days or 75 years hence.  I don’t lie to my insurance company about my actions, and I buy an independent policy for me and my family.  I take responsibility for my own actions and demand that my government not only continue to allow me to do so, but demand that my fellow citizens do so as well.  Stop trying to legislate legal behavior and start expecting mankind to live up to some shred of decent expectation. 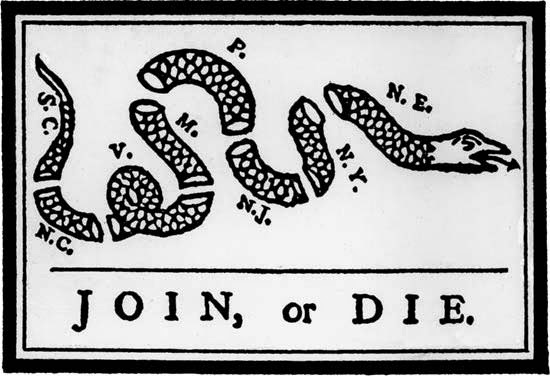 My gratitude is unquantifiable to Glynn Loope, the ambassadors, the board members, and all of the members of the CRA.  We have all done a phenomenal job.  We have communicated our position to members of Congress in an inherently civil manner when we should never have had cause to do so.  Submit your comments and feedback to the FDA.  Speak your mind, but don’t hold back.  Don’t ask them to reconsider their intended approach to further regulating tobacco.  Demand that they put an end to this immediately.  Show me a government devoid of egregious scandal and then I’ll try to have a considerate discussion with it of the evils of my cigar.  Stop taxing my income and redistributing it to nations whose people crave the opportunity that we have here in the States.  Let the Central American nations retain the dignity and work ethic of their cigar industry and earn an honest wage through the skill of their hands instead of destroying that and supplementing it with a foreign aid check.  It is that very mindset, that somehow a handout should be favored over an opportunity that led us to this point.  Let’s take it back.  There shouldn’t be 50,000 comments to the FDA.  There should be 500,000 comments to the FDA.  This is hardly only about cigars; they are merely the chapter being read at present.


Cigar Aficionado has written about the insanity of the continued and rapid legalization and minimization of offense and enforcement of marijuana, which is still mostly illegal, when at the same time tobacco is being demonized.  I come to you today with my personal opinion that I don’t think should merely be dismissed as a selfish argument.  I think this one ridiculous predicament we find ourselves in is a harbinger of disaster.  The incongruity of the times in which we live exceeds my ability to comprehend.  Please join with me and tens of thousands of others to demand, in respectful but very certain terms, that the government back off cigars entirely.  You can call it infringement on personal freedom, free enterprise, individual responsibility, by any name it is unfounded and quite honestly distracting from real matters which this government is charged with addressing.  The 18th Amendment resulted in the 21st Amendment.  Why not skip the step and do the right thing.  It’s not too late, no matter how out of character doing the right thing now may seem.